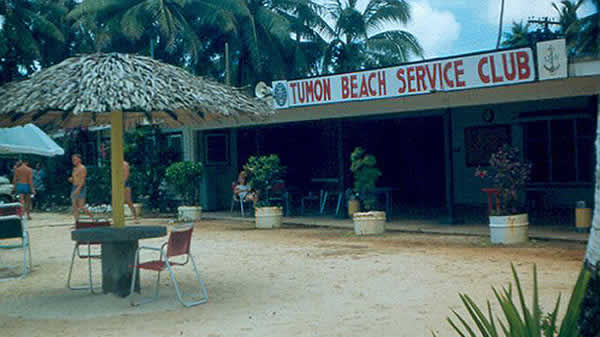 Origin of village name in Chamorro

"Tamuning" is a Carolinian word which was given to the area where Carolinians settled beginning in 1849 after a typhoon devastated Lamotrek and Satawal. It may be that Tamuning is the name of the Carolinian chief’s clan. The American administration relocated the Carolinian population of Tamuning to Saipan in the early twentieth century. Another name for Tamuning during the nineteenth century was Maria Christina. The ancient Chamorro name for the area was "Apurgan" or "potgan"
Other major parts of modern-day Tamuning include Tumon (the island’s tourism district) and Harmon (the island's industrial park). The original meaning of "Tumon," known as "Tumhun" in the seventeenth century, has been lost. Harmon is named after Lieutenant General Millard F. Harmon, commanding General of the U.S. Army Air Forces/Pacific Ocean Areas (AAF/POA). Harmon, along with Brigadier General James R. Andersen were lost at sea during a flight from Guam to Honolulu on February 25, 1945. Both men had Guam airfields named after them, but Harmon field was returned to the government of Guam and has since become an industrial park.

As of the 2010 US Census, there were 19,685 residents living in the Tamuning, Tumon, Harmon village.

Local charities in the City of Tamuning